As I (so far) only have the one book for sale, my Saturday Spankings blog post this week is about Bracken Ridge. Again. I've got a different 8 sentences for you all this week though!

Here they are: Enjoy!


"Your father reckons I’m not allowed to fire you. However, I have his full support in doing whatever I want to gain your compliance, and he will not question my methods.”
“And what methods will they be?” Anna asked sweetly, looking up at him flirtatiously. As her father had told her the exact same thing last night she wasn’t surprised, although she was curious as to how Jeremy thought he would force her to obey him.
“Spanking.” Jeremy replied, a twinkle in his eye.
“Spanking? Are you serious?” It was all Anna could do not to laugh.
“Ah-ha. Spanking. I take it you’re familiar with the concept?” This time the smallest of smiles escaped Jeremy’s lips even though he fought to stop it – he’d grown up with Anna. He knew for a fact that she was very familiar with the concept of spankings.
“Crikey, that will just about be worth being naughty for!” 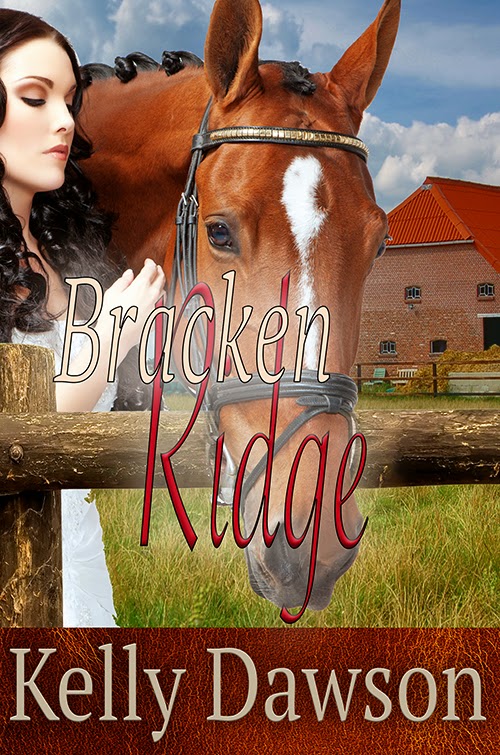 Blurb:  When Anna Fletcher comes home from University back to Bracken Ridge, the equine centre where she grew up, she is stunned to find Jeremy McCrae working as the manager. They were children together and she has had a crush on him forever. The years she's been away, Jeremy has only gotten cuter.

Anna has plans for Bracken Ridge, but before she can implement them, she needs to prove herself. The biggest obstacle in her path is her nemesis, Sharon, the stable hand who thinks Jeremy is mighty fine. Once Anna gets past her, Jeremy is standing in her way - he's now the boss, but she can't work for him. He's been her best mate forever, and to cede to his authority now is going against every grain of her nature. Being the daughter of the owner, Jeremy isn’t allowed to fire Anna, so when she gets rebellious and sassy he decides to spank her instead.
Can Jeremy tame Anna's rebellious spirit before it is too late?

This is a blog hop so please check out all these other fantastic authors for tantalising teasers!