What's hotter than one high country daddy?
Three of them!
In this excerpt, Carly gets her comeuppance at the hand of one of them... after another one of them has already given her a taste of what to expect if she stays on the station with them.


Still holding tightly to her wrist, Davo dropped to one knee almost as though he was going to propose. It struck her as funny and she giggled, but her laughter died in her throat as he yanked her wrist sharply and grabbed her waist with his other hand, pulling her down over his muscular thigh. She squealed and wriggled, trying to escape, but he held her firmly and swatted her bottom sharply, trapping her in place.“Not so funny now, is it, darlin’?” Davo asked, his voice husky.“No, sir,” she agreed, but it was hard to keep the excitement out of her voice. Mike had started the fire that burned within her and now it was a raging inferno that only a proper spanking would quench. She wiggled her backside in an unspoken but clear invitation. That was all the invitation Davo needed.

Want to read some more?
It's exclusive to Amazon and free to read in KU!
Click on the graphic below to grab your copy! 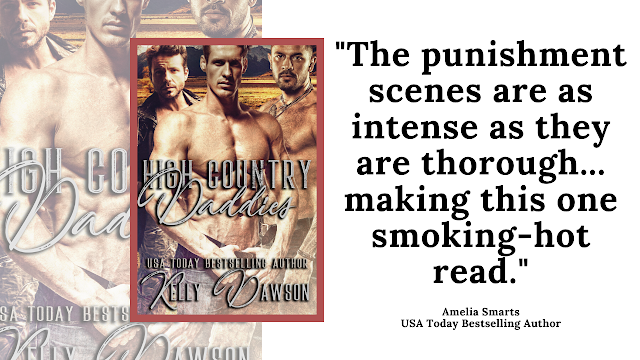 Check out the other authors in this blog hop below: