For Saturday Spankings this week I am so excited to announce that 2 of my books have been nominated in the Best Spanking Romance of 2016 !! 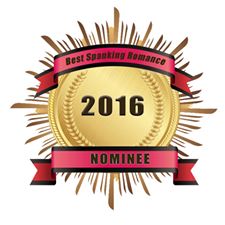 If you haven't already voted, you can do so here until the end of the month 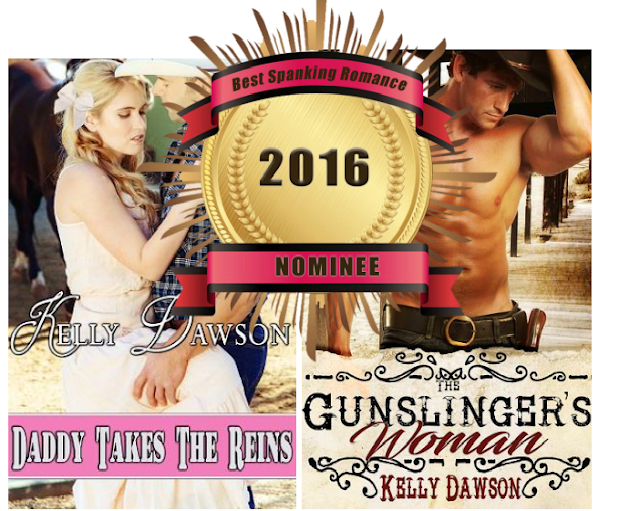 Here's 8-ish sentences from The Gunslinger's Woman - Available on Amazon

In this scene, Jeannie has put herself in danger by going for a walk alone when a notorious outlaw gang is nearby. This gang has already had her in their clutches once before and it's unlikely she will get away a second time ...

"I promised to take care of you, Jeannie. How can I do that if you won’t do your part in keeping yourself safe?” Danny brought his hand down hard across the fullest part of her bottom with a stinging slap that echoed around the barn.


“No you didn’t,” Danny agreed, whacking her again. “But I reckon you will, next time.” He bent down and picked the leather strap up off the floor. “This is gonna hurt.”

This is from the beginning of the book where Bianca gets the hots for her sexy-as-hell boss after he jokingly tells her she deserves to be spanked.

She’d had plenty to do with him since she’d started working at the stables, but there
had been no more flirtatious moments.
Neither had there been any more indications that he was a spanko.
He was still very dominant, clearly an alpha male, with an air of authority about him that she was just itching to disobey, purely to see what would happen, but so far,the opportunity hadn’t arisen.
He wasn’t exactly her boss, but as the Stable Foreman, he was her superior of sorts.
She didn’t report to him, but quality control was his responsibility – and she had no doubt that
if she didn’t do her job properly, he would pull her up on it.
But what would he actually do?
Just scold her in his deep, sexy voice and make her feel like a little child?
Or would he actually use that riding crop he’d waved at her menacingly when she first started?

Please check out the other #SatSpanks authors below:

Email ThisBlogThis!Share to TwitterShare to FacebookShare to Pinterest
Labels: Daddy Takes the Reins, The Gunslinger's Woman