I'm so excited to share my brand new western with you all - The Gunslinger's Woman!


She felt Danny’s hands on her shoulders as he gently pressed her upright and when she stood up straight her eyes met his smouldering gaze.
“Are you alright now?”
“Yes.” She nodded.
"Good.” With Danny still holding firmly to her shoulders, she had no choice but to walk along in front of him as he guided her back to the rock she’d been sitting on earlier, next to what had been their campfire. “You’ve got a reckoning coming, little girl,” he scolded

“No!”
“Yes.” He sat on the rock and pulled her down across his thighs and although she fought, she was no match for his strength, and Danny effortlessly held her pinned securely against the muscular hardness of his body. 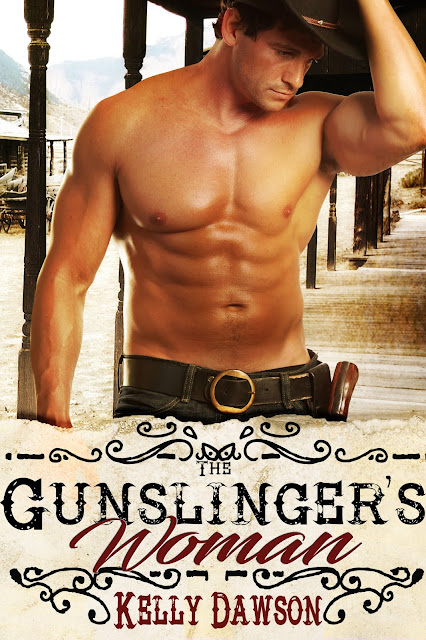 Buy it on Amazon!

Blurb:
The last thing nineteen-year-old Jeannie Cooper wants is to be a prim and proper lady, so when her older brothers try to send her off to finishing school she runs away from the family ranch to keep them from putting her on the train to Boston. She plans to hide out on the prairie and return in a few days, but things go horribly wrong when she stumbles upon the infamous Mullins gang.
Danny Coulter is a hardened gunslinger with more than enough enemies already, but when he sees a beautiful young woman held captive by outlaws his conscience forces him into action. Rescuing Jeannie turns out to be only the beginning of his troubles, however. Her sass and defiance quickly test the limits of his patience as he endeavors to get her home safely, and before long he is left with little choice but to take her over his knee for a sound spanking.
Though Danny's firm-handed discipline leaves her bottom sore and her cheeks blushing, Jeannie is nonetheless excited when her brothers offer him a job at the ranch. Soon he is courting her in earnest, and after a local busybody witnesses him giving Jeannie the first bare-bottom spanking of her life, Danny proposes marriage to avoid a scandal. But with the Mullins gang out for revenge, will his quick draw be enough to protect his woman?
Publisher's Note: The Gunslinger's Woman includes sexual scenes and spankings. If such material offends you, please don't buy this book.

Don't forget to check out the other participants in this weeks #SatSpanks blog hop:

Email ThisBlogThis!Share to TwitterShare to FacebookShare to Pinterest
Labels: The Gunslinger's Woman, western