More from The Ways of the West

I have another 8 sentences to share with you this week for Saturday Spankings and when you've finished reading mine, please check out all the other participants below for more enticing snippets :)


Mr Jordan was reaching out for her … Putting a strong arm across her back and around her waist he bent her over under his arm, holding her in position against his hip before landing a hard swat to her backside.
“Ow!” she shrieked, struggling to get away. She kicked out at Mr Jordan’s shins and fought furiously, but she was no match for his strength. A big man, Mr Jordan was used to wrestling cattle and fighting grown men – a small woman such as Jessica was effortless to hold. He swatted her twice more, slightly harder.
“Are you ready to listen, and go back to camp now?” he asked, letting her stand up but keeping a firm grip on her shoulders.


“No!” she yelled in outrage. Who did Mr Jordan think he was? 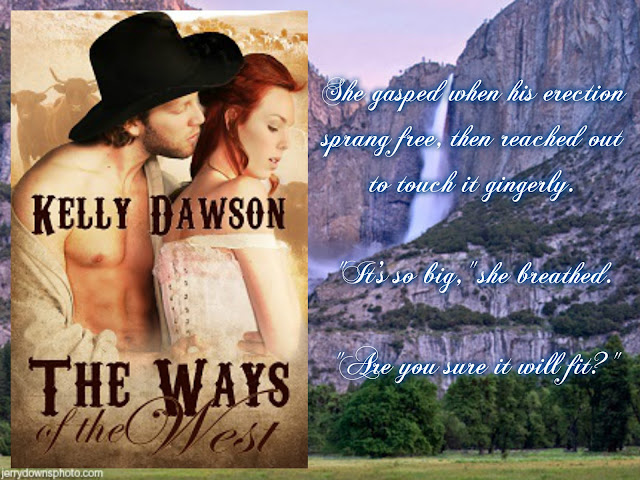 Email ThisBlogThis!Share to TwitterShare to FacebookShare to Pinterest
Labels: The Ways of the West, trail drive, western